A downloadable game for Windows and Android

A rerelease of our 1992 Amiga game featuring "Radical Rob".  A 99 level platformer where you have to rid the world of evil fluffies, collect drink cans and work your way through each level.

With his mean shades and amazingly loud baseball cap he surely leads the way in 90's designer fashion.

It's a fun cartoon style game with Rob, being the radical dude at the centre of the action.

With a Wham!, Bam! and Kabam! Rob takes on all comers to fight his way to the bitter end. Hot on his heels are a various meanies all with one thing on their mind - Robs Downfall!!!.

Life is not all bad as Rob has an unlimited supply of plasma bombs to clobber baddies with. Once hit, a meanie will remain stunned for a few seconds. This gives Rob enough time to run over them and finish them off.

But you've gotta be quick as the don't stay dazed for long.

The goonies are not too much touble for Rob as they simply wander about. They can be knocked off pretty easily. Its the fuzzies you have got to watch out for. Some of them wander about, but others will watch you and make darts towards you. Green and Reds can jump platforms - so beware.

The secret to winning is easy. Collect the drink cans quickly, kill the bad guys and get to the next level.

Some bad guys release baloons which if collected give you bonuses such as extra scores, lifes, forcefield, and even a smart bomb to kill everything on screen in one go.

Controls: Standard Amiga Joysick or Arrow keys and Fire (depending on your Amiga, or Amiga emulator). We're been playing in WinUae for the last few weeks :-)

The game is distributed as an AMIGA ADF format. You will need to have an Emulator such as WinUAE to play on Windows or Android. Amiga owners can create a floppy from the ADF to play on original Amiga hardware.

We haven't tested it on the Amiga Mini. If you have please let us know. We think it should work based on the reviews on the new Amiga Mini, You'll just have to convert it to their loading system.

In order to download this game you must purchase it at or above the minimum price of $3.99 USD. You will get access to the following files: 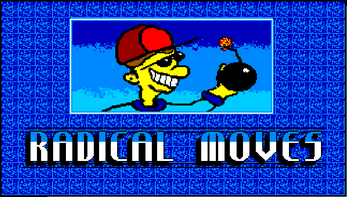 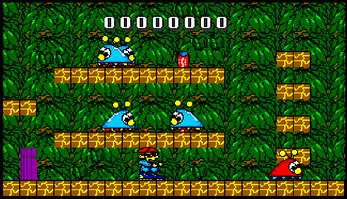 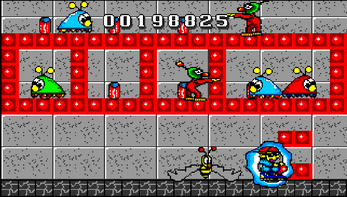 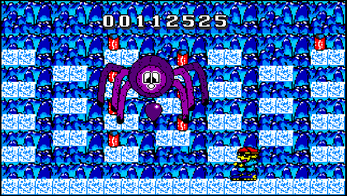 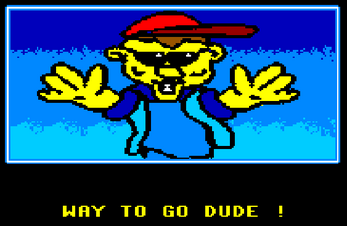